This site does not represent any philanthropic or charity foundation. The goal is to solve serious problems that humans and other species on earth are facing.

Being ignored, these problems are growing roots, branches, and getting bigger similar to cancer. They are harder or too late to deal with later. The long night is coming sooner than we expect. Just blabbering and demanding won’t change anything. A huge and meaningful change would come through a practical plan. It mostly depends on who lays the foundation first.

Let’s make the most vital decision in human history and establish THE: 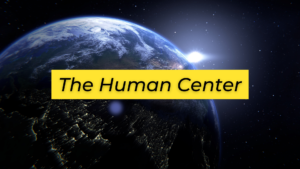 What is the Human Center?

The Human Center is the evolutionary and perfect form of the ineffective UN, established by the people instead of governments to achieve demolished humans’ dreams. Scientists and chosen geniuses can run the Human Center, turning it into a collective brain for all human beings.

The Human Center could be formed by one or a few wealthy philanthropists and soon turn into a real country with its land, people, legislation, and government. It presents and belongs to all human beings. Hundreds of scientists and elites could form and run each secretary department from their homes. Although it might be an island with a hundred thousand people working in data and computer headquarters, the citizens and the voters are billions spread everywhere. The Human Center shall be responsible for leading and steering any thoughts, actions, and movements toward an outcome for a better life on earth.

The Human Center promotes humanity, peace, and wisdom by leading the people to make the best decisions in all fields. It also encourages them to vote for the best-qualified experts and elites to run the societies. The Human Center would use the largest data storage by gathering information from all the people about various subjects, events, secret reports from different regions and cities. This data storage is useful for the special divisions and hundreds of experts and qualified scientists to make final decisions on a matter. They are the people who should have ruled and led humans from the beginning – Elites and genius human beings who have proved their ability by their work in relevant fields. The rulers we have now are far from being capable to predict the future and protect us.

How the Human Center can be born

1 – One or a few rich philanthropists who can form a central core should support the idea.

2 – Find a proper land or create land on the sea that would not belong to any country.

3 – Then formally publicise the information to get support and be known to nations.

5 – In the meanwhile thousands of experts and elites in each subject are invited and identified by their speeches, books, and fame in any country. Working would be online and the distance does not matter.

6 – The population of the Human Center would be more than 100,000 who work there and live with their family. (Microsoft has more than 124.000 employees.) This land will have its law and governing.

8 – The Human Center could be the absolute and biggest power on earth, leaning on the majestic power of people. Human beings on earth for the first time can feel like a family, share ideas, talk, listen, consult with each other and choose the right decision with no hatred or fear.

What is the main reason that human history is full of violence, cruelty, wars, and the stains of bloodshed?

Can you imagine how our life would be today if our leaders from the beginning of forming human societies were wise and decent people? If they taught us how to love instead of persuading us to fight, kill, and keep us as stupid as no other creature on earth lives.

Surely, nobody has that kind of imagination, because we would have been thousands of years ahead of what we are now and our lives wouldn’t be as hard as now. Of course, the ruling and controlling class has always lived majestically, full of joy and wealth, sex, and whatever human fantasy can imagine. How would you feel if you compare it to the unfair human permanent poverty on a rich, wonderful planet?

Nowadays, Humans have made tremendous progress in all fields and science, but governing and ruling are almost the same as 200 years ago. Still, common people could easily be deceived and cheated every 4 or 6 years in civilized countries and for decades in other lands. Laws are old and need proper changes, and the politicians need to care about people, instead of themselves (never in hundred years).

You hear a lot of celebrities, especially when they get a prize, and common people as well, who criticize and complain about the way we live. Everyone commands a change, but no one gives a practical solution.

Nobody believes that war, terrorism, poverty, hatred and other human problems can soon be eliminated. Miracles don’t exist, but there is a real scientific solution. Now is the exact time to make the most vital decision in human history, to establish The Human Center.

Common people now have the knowledge, power, and other necessities ready to improve and change the system of governance after thousands of centuries. The unqualified rulers and dishonest controlling class could be finally detached from thrones and be replaced by suitable scientists. They are open-minded, eligible, honest and far from the dirty politics and corrupt parties that have learned how to deceive and delude people over the decades. Living on earth peacefully needs correct decisions which are impossible through the present controlling class. And for some disasters like climate change and pandemics, it is already too late.

There is no need of using violence to establish The Human Center. Let the wise and elites lead the human race and finally bring the old dreams to reality, now when all the components are in place.

1- Finance:   Just Americans in 2017 spent over $402 billion in philanthropic aids. Nowadays it is possible for young scientists and open-minded people can make billions over a very short period. In the past, wealth was mostly in the hands of the “Scrooge” type. Now there is a list of few people worth $700 billion, and they put $300 billion in philanthropic foundations (Unfortunately, they work in solitary and spend mostly to gain prestige. In reality, compared to what is happening, they are “painting the balcony of a falling house.”)

When people will need their help, finance would be the last problem. Many wealthy people are seeking a better way of living for their children, as well as their heritage.  It is crucial who is the first one to make a move – someone people know and trust.

2 –Communication: The internet is a miracle. For the very first time, distance, language, and timezones are no longer a barrier for us to communicate with each other. It is impressive that “sharing” has changed. The ancient taboo between nations and feeling stranger and separated is almost gone. Two artists, one sitting at his house in Madagascar and the other in Japan talk and write comments for a painting for hours. It is impressive how they chat, enjoy, and share their emotions as if they had been classmates and speak the same language. The internet is connecting and devising human beings as one body now. It needs a brain to function properly, so as not to fall and not to collapse.

Unfortunately, by misusing the internet, the controlling class is easily leading the humans in the wrong direction, (used to be called brainwashing). All styles of killings and violence in movies, games, and even fake news can make one forget about humanity. Beyond any doubt, we are living in very sensitive times, determining human destiny. The only safe way out is to take the hands of all responsible elites and scientists by gathering them under a safe roof to be heard. A committee of hundreds can gather online, communicate, study a subject and make a decision while being in different places. The same way they would do in a big hall ( unlike all the yelling and fighting in some parliaments).

3- Power: Any organization with no appropriate power is in vain. In the last decades the raise of people, in Russia, Germany, Arab spring, and many other countries, have proved that the power of people and unity is much stronger than all those atomic bombs and any military in the world. People always support any idea with their life, if they trust the source and give them hope for a better living. 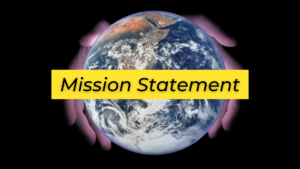 (*) The Human Center shall be responsible for leading and steering any thought, actions, and movement toward ending a better life on earth.

(*) The Human Center is a collective brain for all human beings, run by the best of them.

(*) The Human Center is where all the information about those people who want to rule or be a leader is studied, handled, and published.

(*) The Human Center in a sentimental look could become some sort of trusty base, where thousands of hands are ready to hang on to when you are falling. Some sort of thing like a mother’s arms or a father’s hand that we grabbed when we needed it. Someday human might not feel as lonely and knows there is something to lean on, not far away in the sky but very close here, to the other good human beings on earth, and as close as a CLICK.

(*) The Human Center will make sure that the people be fully aware of the decisions and the actions which affect their life in any way.

(*)The Human Center with the help of its experts, analyses and investigates any event, election, law, or any possible happening changes and gives a full report to the people in that region. The last decision has to be made by the people.